What is a Kum in the Serbian Orthodox Church? 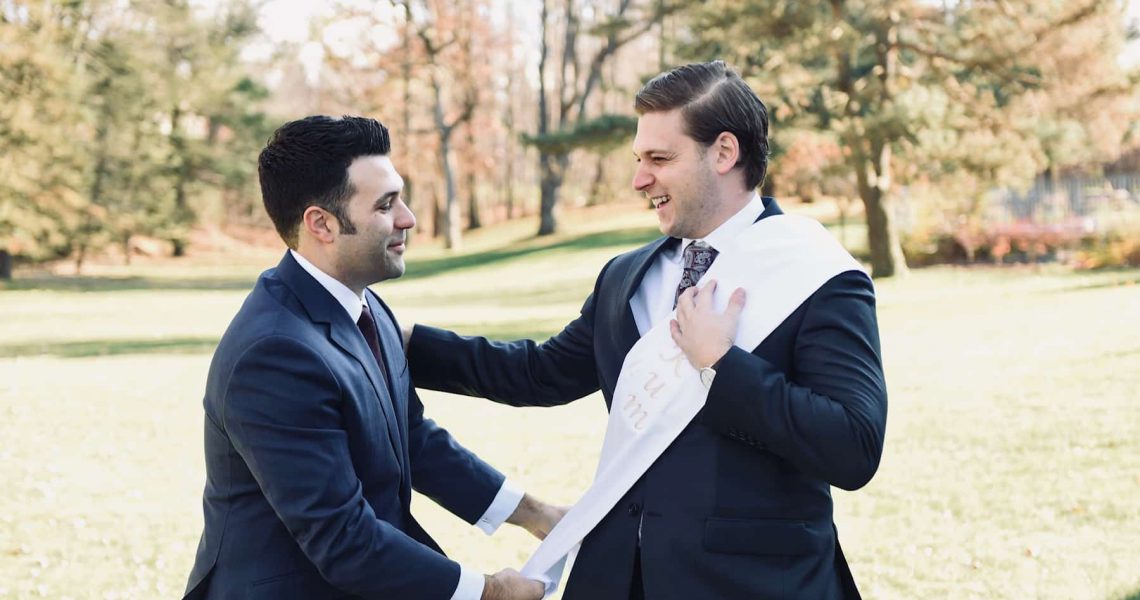 Many young Serbian men and women (married or not) probably call someone their Kum. They might hear someone call their father this, or their uncle or brother or grandfather. But what does Kum actually mean? What role does the Kum play in the lives of Serbian Orthodox Christians? And why is this role so important?

What does Kum mean?

Kum (pl. Kumovi) is a Serbian word that has a couple accepted translations: godfather and best man, depending on the context. Kum means godfather when the role involves the sacred institution of Godparenthood (Kumstvo) in the Orthodox Church. In other words, the bringing up of children in the Faith.

Orthodox Christians highly respect the Kum (and/or Kuma) in their family, because he fulfills a vital role in the spiritual life of a couple, and in many cases, the spiritual lives of that couple’s children.

Requirements for being a Kum

When a couple chooses the Kum for either their wedding or the baptism of their child, they must make sure he meets the following criteria:

Not everyone can serve as Kum in certain traditions (i.e. Serbian). The following cannot fulfill the role of Kum:

Roles of the Kum

The Kum traditionally fills two roles: as the best man in the wedding and as the godparent of a couple’s children. In certain circumstances, these two roles might not be fulfilled by the same person. Note that when asked to stand as Kum for either a Baptism or Marriage, it is considered an honor and should not be refused. Let’s look at each of the Kum’s roles in Serbian Orthodox tradition.

The first role of a Kum is to serve as the best man in an Orthodox wedding. When planning the wedding and deciding on the Kum (considered the first of two witnesses), the groom must decide carefully. Earlier, we mentioned that the Kum must be Orthodox. So long as he fulfills that requirement, he could be a best friend or a church family member. Sometimes grooms choose the Kum from the family of the groom’s own Godfather (Kum). In most cases, the Kum is usually not a blood relative, but there is no set rule against this in canon law.

In certain Serbian Orthodox traditions, if the Kum is married, his spouse fulfills the role of the Kuma (feminine version of Kum). During the entire day of the wedding, the Kum plays an important role. Not only is he the first witness to the marriage ceremony, but also he is guardian of the bride. He stays by the bride’s side all day, protecting her from kidnapping. As a small game played by family and friends, if the bride or her shoes are stolen, the Kum must pay a ransom to get them back. Of course, the ransom then goes to the newly married couple as a gift from the so-called thieves.

The second role the Kum plays in the Orthodox Church is that of godparent. The parents of the child choose the Kum in a similar manner as a groom would. And in many cases, the same man who served as Kum for the couple’s wedding will also become the spiritual parent of that couple’s future children. In other words, he must be Orthodox, if he is to raise the children in the Faith and ensure that the child grows spiritually. Because this bond is spiritual in nature, the relationship between a Godparent and his/her spiritual child is one of upmost respect, adoration, and love.

Note: In a Baptism, if there is no Kum, a female Kuma may fulfill the role of godparent. Baptism only requires one witness of the Orthodox Faith; however, traditionally both a godfather and godmother are chosen for the child.

In the Serbian Orthodox Church, the Kum is incredibly important. He plays the role of both best man to a couple and godparent to that couple’s children. Such an honor should never be taken lightly, as it is a vow before God to help the couple and their children grow in the Faith.